What 'Should' Come From The Cybersecurity Sprint 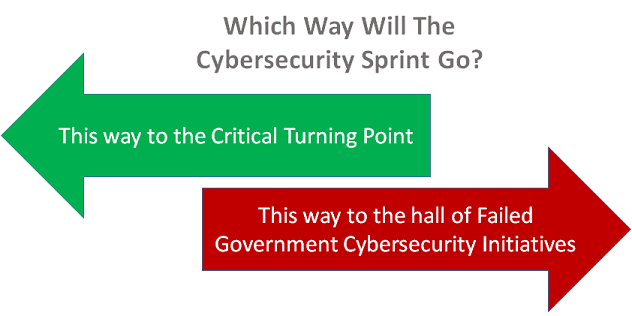 So, in the wake of the OMB hack, the federal CIO (Tony Scott) has directed government agencies to get serious about cyber security. The “30-day sprint,” directs agencies to patch all known vulnerabilities; use information provided by Homeland Security to identify and mitigate known threats; limit the number of privileged users and tighten access controls; and "dramatically accelerate" the use of personal identity verification (PIV) cards and other forms of multifactor identification.

ClickToTweet: Will the Cybersecurity sprint be a turning point? Or yet another failed initiative? http://bit.ly/1IfXtL6 pic.twitter.com/XGzgqnwmn1

This directive reminds me of how back in January 2002 after numerous malware and worm incidents, Bill Gates declared that February 2002 (the shortest month on the calendar) would be the month that Microsoft becomes focused on cyber security. Software production was placed on-hold and over 7,000 programmers were trained in writing secure code. All products were reviewed for vulnerabilities (I’m not sure how) and the first steps of the Security Development Lifecycle (SDL) were implemented.

We will never know the degree to which Microsoft’s 2002 cyber security revelation actually reduced exposures in future products, but most do believe that it did set a corporate direction that elevated the importance of cyber security within the company. Perhaps the most influential legacy was the introduction of the SDL that encouraged product teams to perform formal security risk modeling and apply code security testing.

So, this brings us back to the question of what impact will Tony Scott’s directive have on the future of U.S. Government cyber security. Will it be remembered as a watershed moment on the path to securing government computer resources and citizen sensitive data or will nobody even remember Mr. Scott and his 17 June pronouncement. While we all know that few of the security remedies will be completed (or even started) within 30 days, OMB and Congress (via the Federal Information Security Management Act) should leverage the OPM debacle and use the crises like Microsoft did in 2002. Specifically, the next step should be to demand government agencies establish a one-year cyber security plan that includes the following six enhancements:

While implementing all six of the above recommendations does not guarantee any additional OPM-size hacks, it does dramatically reduce its likelihood. However, the window for responding thoughtfully to the OPM hack does not last forever. White house and congressional attention to these matters tend to last only as long as the media makes the issue topical. While the “30-day sprint” was clearly intended to shake up government agencies and require them to recognize the importance of protecting sensitive information, Mr. Scott would now be wise to use this incident, as did Microsoft in 2002, to make permanent changes (described above) in how our government agencies protect systems and data.

The New War On Cyberattacks

What 'Should' Come From The Cybersecurity Sprint