Digitalization of services and adoption of new platforms are reinventing government services and public administration. From digital citizen services to government transparency, the cloud, big data, IoT, and artificial intelligence have enabled a wide range of digital government initiatives. In fact, 91% of agency officials in the United States said they are “innovating with urgency” since the pandemic.

However, the number of cyber incidents at government agencies around the world reached 3,236 in 2020, and of these 885 were confirmed data breaches. That has led to unprecedented executive and legislative action mandating enhanced government data security to protect sensitive data. 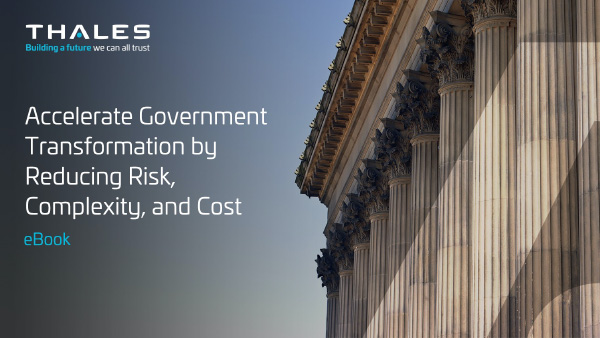 Digital government initiatives are driving the adoption of a wide range of new technologies and platforms but making agencies more vulnerable to damaging cyber attacks. Learn how governments can offer better services by accelerating digital transformation while reducing the risk of cyber attacks, complexity, and cost.

How Thales Can Help

Accelerate digital transformation with framework for a zero-trust world

Automate and streamline data protection across Hybrid IT 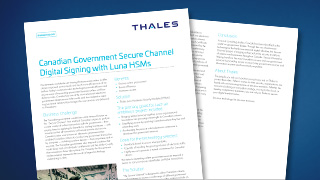 Governments worldwide are moving their processes online to offer citizens improved service levels and much more efficient use of tax dollars. Today's communication technologies provide efficient and secure ways of transacting government business online, with low delivery costs. Canada has one of the most advanced electronic government infrastructures in the world, and has realized a major e-government initiative that changes the way services are delivered to Canadians.

Simplify user access to cloud services, streamline cloud identity management, and eliminate password hassles for IT and users while providing a single pane view of access events across your app estate to ensure that the right user has access to the right application at the right level of trust. 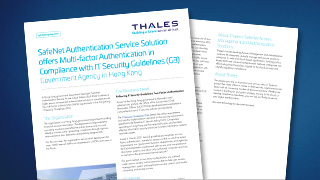 Accelerate transformation and time to compliance by centralizing data discovery, classification, data protection, and unprecedented granular access controls with centralized key management – all on a single platform. Apply policy-based data-access security based on specific regulation requirements such GDPR, PCI-DSS, federal standards, such as fedRAMP and FIPS, and global standards, such as ISO 27001, and more. 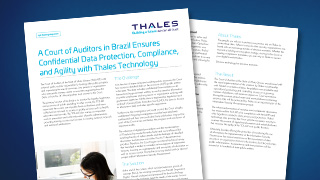 A Court of Auditors in Brazil Ensures Confidential Data Protection, Compliance, and Agility with Thales Technology

The Court of Auditors of the State of Mato Grosso (TCE-MT) is the external public auditor responsible for looking after public property and supervising the use of resources. Any person or organization who uses public money, assets or securities originating from the State or from the 141 Municipalities must answer to the Court.

Protect data in motion with solutions that provide a single platform to encrypt everywhere, from network traffic between IoT devices and data centers to backup and disaster recovery sites, whether on premises or in the cloud.

Learn More About Data In Motion 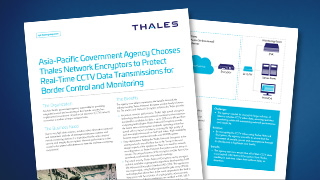 An Asia-Pacific government agency, responsible for providing integrated control and monitoring of their border security, has implemented an extensive closed-circuit television (CCTV) network to monitor a number of major transport hubs. 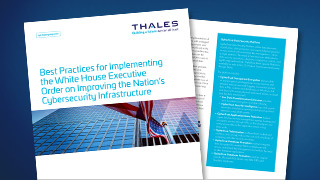 Underscores the importance of protecting the Federal Government’s computer systems. It has led organizations across the nation to review their cybersecurity practices, and it establishes consistent guidelines that they need to implement in the short, mid and long term.

Get the White Paper 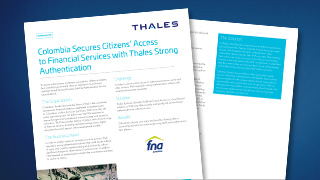 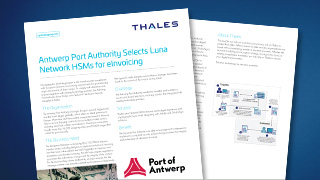 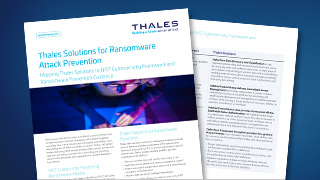 Ransomware attacks have been a problem for years, but they have recently become a lot more damaging, with criminals targeting everything from critical infrastructure to hospitals and retailers, and demanding tens of millions of dollars in ransom.

Get the Solution Brief

Thales Trusted Cyber Technologies’ (TCT) mission is to provide innovative solutions to protect the most vital data from the core, to the cloud, to the field for defense, intelligence, and civilian agencies across the U.S. Federal Government.

State and local government agencies in the US rely on sensitive information stored in databases and file servers to process applications that enable essential services.

Accelerate crime response and prevention while complying with regulations and protecting privacy.

How will you comply with the White House Cybersecurity Executive Order?