Bring Trust to Blockchain with Thales

Within a permissioned blockchain transactions are validated and processed by participants that are already recognized by the ledger. Even though this is the case, there is still a challenge and issue of trust. How can one ensure the blockchain is secure and trustworthy in order to avoid the substantial impact of a cyberattack? The answer is by building security into your blockchain technology from the start, through strong authentication and cryptography key vaulting.

As many as 90% of enterprise blockchain projects launched this year will meet a premature end within 18 to 24 months. Don’t get caught in the same situation. Ensure you build security into your solution from the ground up, always storing your keys in hardware.

Thales Luna Network HSMs are designed to store the private keys used by blockchain members to sign all transactions in a FIPS 140-2 Level 3 dedicated cryptographic processor. Keys are stored throughout their lifecycle, ensuring cryptographic keys cannot be used by unauthorized devices or people. Cryptographic keys kept in software are at risk of theft which compromises the entire blockchain ledger.

Thales ProtectServer HSMs, like the Thales Luna Network HSMs, are designed to protect cryptographic keys against compromise while providing encryption, signing, and authentication services. Execute your own blockchain Functionality Modules (FMs) within the secure confines of the FIPS 140-2 Level 3 certified hardware.

Risk: Encrypted digital currencies identify the currency itself, but not its owner. Whoever holds the coin's encryption key owns the currency. This means that when a coin is stolen, it's gone—and you have no way of getting it back.
Solution: Storing your encryption keys in a FIPS-validated root of trust is critical to ensuring you own your keys and ultimately your cryptocurrency.

Risk: A smart contract is a computer program that describes an agreement with the ability to self-execute and enforce the terms of a contract. If the blockchain is breached, a smart contract can be altered, breaking the trust of the blockchain and removing the ability for two parties to conduct business without the need for a middleman.
Solution: Securely self-execute the terms of a contract with anonymous parties through strong authentication and storing your encryption keys in a hardware root of trust, ensuring the parties are properly identified and that no one can access your data.

Risk: The restrictions imposed by a traditional central-authority trust model have helped make the IoT vulnerable. Most notably Mirai-style botnets, which recently allowed hackers to easily take over thousands of IoT devices. Only protecting the IoT devices with default passwords allowed hackers to launch Distributed Denial of Service (DDoS) attacks.
Solution: Blockchain helps secure the IoT by providing a distributed trust model. The blockchain removes the single-point-of-failure, in turn enabling device networks to protect themselves in other ways, for example by allowing the nodes within a given network to quarantine any nodes that start behaving unusually.

Thales has partnered with industry-leading blockchain and cryptocurrency partners to provide enterprise-grade solutions for securing transactions. Together with partners such as Ledger, BitGo, and Symbiont, Thales is protecting the way industries are conducting business, bringing efficiency and establishing trust. Thales also supports multiple blockchain applications including Bitcoin, Hyperledger, Ethereum, Altcoins, Monero, and more. 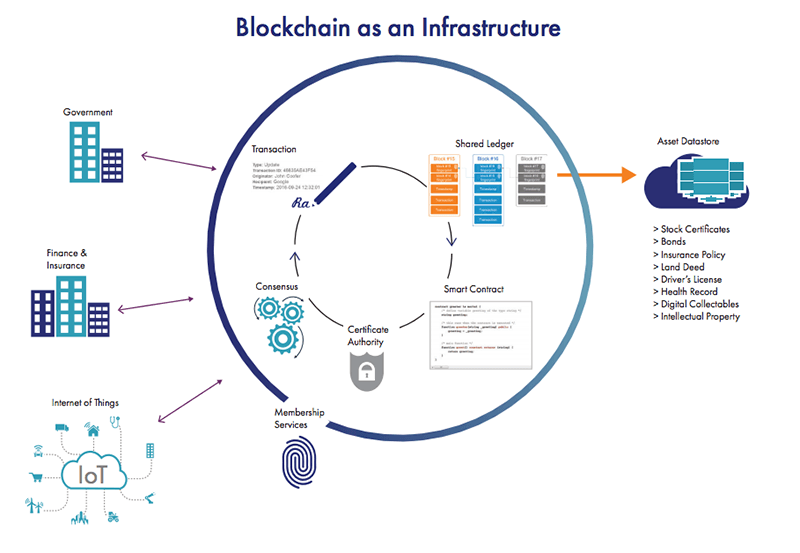 With all of the uncertainty about blockchain, the abundance of standards and protocols, and moving from a centralized to decentralized platform, getting started with Blockchain is challenging and intimidating at best. Avoid joining the myriad of blockchain organizations that are failing at implementing blockchain technology. Contact Thales to determine how you too can benefit from Blockchain, and learn how Thales’s HSM and SAS solutions can keep your transactions secure.

Watch the Blockchain for Payments Webinar

You may also be interested in these related resources:

Blockchain is one of those industry buzzwords that you seem to hear more and more, but what exactly is it and can you trust it? Many enterprises are implementing blockchain without truly embracing its complete capabilities, and although blockchain is based on sophisticated...

Secure cold storage of cryptocurrencies such as Bitcoin or Ethereum, is a difficult and complex challenge. Traditional paper wallet-based solutions may be effective for the most basic use cases, but they present a substantial challenge for more complex environments as they do...

With the invention of Bitcoin and blockchains, cryptocurrencies and digital assets are rapidly coming to mainstream finance. Security of systems processing digital assets is paramount, and today’s financial institutions expect all the robustness and security of traditional...

The demand for digital keys as an integral part of a highly convenient network society is growing. At the forefront of the spread of digital keys are the automotive, housing and hotel industries. FreeBit Co., Ltd., (hereinafter referred to as “FreeBit”), a company engaged in...