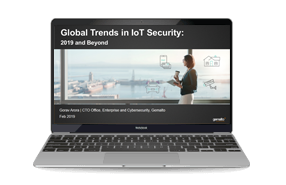 Global Trends in IoT Security: 2019 and Beyond - Webinar

New data tells us that companies are making progress when it comes to securing the Internet of Things and the data it produces, but there is still a long way to go in order to secure the projected 20 billion connected devices by 2023. In order to assess the current state of affairs, Thales recently surveyed 950 IT and business decision makers around the world with awareness of IoT in their organization. Some of the results were encouraging, while others were less so.

According to the global survey, security is clearly an emerging priority. Companies are now devoting 13 percent of their IoT budgets to security, up from 11 percent last year. Ninety percent said they believe security is a major consideration for their customers and 97 percent believe that a strong approach to IoT security is a key competitive differentiator.

In addition to these data findings from the global study, this webinar will discuss:

Following the webinar, attendees will receive a free copy of the global IoT Security report as well as other research and white papers on IoT security.