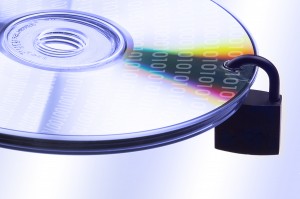 As far as buzzwords go, in the world of government IT, there is nothing more popular than Big Data. We have seen many examples of how Big Data initiatives are being rolled out in both in public and private sectors. In 2012, the Big Data Research and Development Initiative was created to help understand how Big Data can be used to solve important problems facing government agencies; incidentally, Big Data analysis played a large role in BarackObama’s successful 2012 re-election campaign!

Yet, amidst all the excitement over the myriad benefits Big Data analytics can provide government agencies, it’s imperative to understand how that data is secured. Platforms such as Hadoop and Mongo DB can be used to store and analyze Big Data from multiple sources like social networks, transactional databases, and IT systems. This data typically includes at least some sensitive personal information — credit card numbers, Social Security numbers, and medical information — that make it subject to compliance mandates. Securing these Big Data strongholds is no longer just a concern, but a necessity.

I’ve been lucky enough to work with some amazing solution providers in the cyber-security space over the last six years and it’s been interesting to watch the evolution of security products and practices as we shift to the cloud and see Big Data implementations roll out. Vormetric has been instrumental in helping government agencies achieve IT compliance and proactively address security threats within the world of Big Data. By taking a data-centric security approach, Vormetric both ensures that Big Data platforms are protected against unauthorized access and removes the custodial risk associated with infrastructure providers and administrators. Moreover, Vormetric secures Big Data repositories without modifying applications or re-architecting the storage infrastructure.

As agencies move to the cloud, so will the systems that house their Big Data. This makes the separation of duties for privileged users another important aspect of security. Vormetric Data Security supports cloud environments and uses encryption at the folder and file level along with fine-grained access controls to protect sensitive data from things like privileged user exploitation.  With all the APTs we’ve seen in the news recently, it’s clear that attackers are already inside the networks of most agencies and enterprises, and their primary objective is to compromise privileged user accounts. Vormetric actually places controls on the data itself to establish a comprehensive last line of security. With Vormetric Data Security, even if they can get to the data, there’s no issue because advanced encryption has rendered it useless to them.

Companies like Vormetric will become increasingly important as government agencies and enterprises alike look to unlock value from their Big Data assets. In fact, I’d argue that the ability to keep data protected is almost more important than the data itself!