Breaches And More Breaches - We Need To Play A New Game! 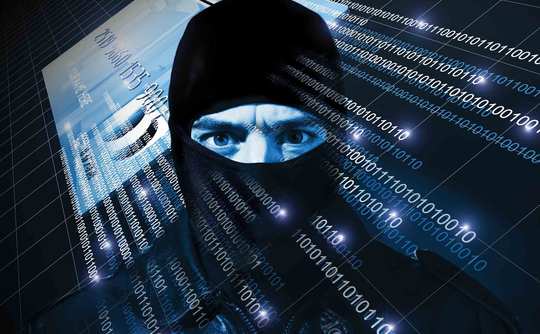 It’s been one crazy year – just a quick search on cybersecurity and you see companies staging data breaches in order to extort money from clients, Obama signing a new cybersecurity executive order as well as Russia and France tightening their cybersecurity controls.

Executives are finding that the biggest struggle when it comes to cybersecurity is where to trust their investment, what companies to look to and what solutions are most effective. Needless to say, the state of data security is a serious problem. And here are just a few of the many data breaches we’ve seen as the thunder continues to roll:

Just short of two weeks after the first vulnerability, a security researcher also uncovered a critical cross site scripting vulnerability in a WordPress plugin that allows attackers to hijack its website. The plugins were JetPack, a customization and performance tool, and Twenty Fifteen, used for infinite scrolling. WordPress installs Twenty Fifteen by default, which increased the number of vulnerable sites.

Let’s think about hackers for a second

When you think about hackers, the obvious stereotype is the guy who sits in his basement with little to no social skills. Now to say this is far from the truth would be a complete understatement.

Nowadays, the word hacker has such larger ramifications and the physical effects are real. We need to get a grasp on the data breach trend before it spirals even further out of control.

The man that changed everything

I don’t need to tell you that Snowden’s leak changed the world as we know it today. And while Snowden opened the door to the most controversial surveillance program, even two years later, Snowden’s revelations have had quite the rolling effect. On May 7, The US court of appeals ruled that the bulk collection of telephone metadata is unlawful, despite the NSA’s claims that data collection should be protected under the Patriot Act.

Following a much different track than that of the US, this month the French parliament has overwhelmingly approved sweeping new surveillance powers in the wake of the January terrorist attacks in Paris.

The new bill, introduced in Paris, allows intelligence agencies to tap phones and emails without seeking permission from a judge. With wide support, the bill was passed in the national assembly by 438 votes to 86.

Privacy, whether on an individual, enterprise or state level has become all the talk nationwide. And while the US ruling on the NSA’s activities point toward US opinion on the matter, countries are still trying to keep up with that perfect balance of monitoring for the ‘bad guys’ while maintaining privacy.

What does this all mean?

In lieu of recent breaches, companies are also taking a different approach, grasping at their seat and changing the way they are securing data. Our 2015 Insider Threat Report global results found that only 7 percent of organizations believe they will be in a position to spend less on data protection and information security this year than last year.

The global survey results showed that 54 percent of respondents plan to increase their security spend to deal with insider threats next year and the remaining 39 percent will be spending at least as much as they are now. Below are a few results from our insider threat report:

Staying on top of security breaches

It’s clear we need to stay on top, or potentially get on top of these security threats. To do so, we all need to “get with the program” - not just play the same old game and get the same old results:

Cyberdefense needs the same kinds of priorities we give to law enforcement and national defense – the Internet really is a frontier that reaches nearly every home – and it’s wide open.