Addressing The Bank Bandits Of Today 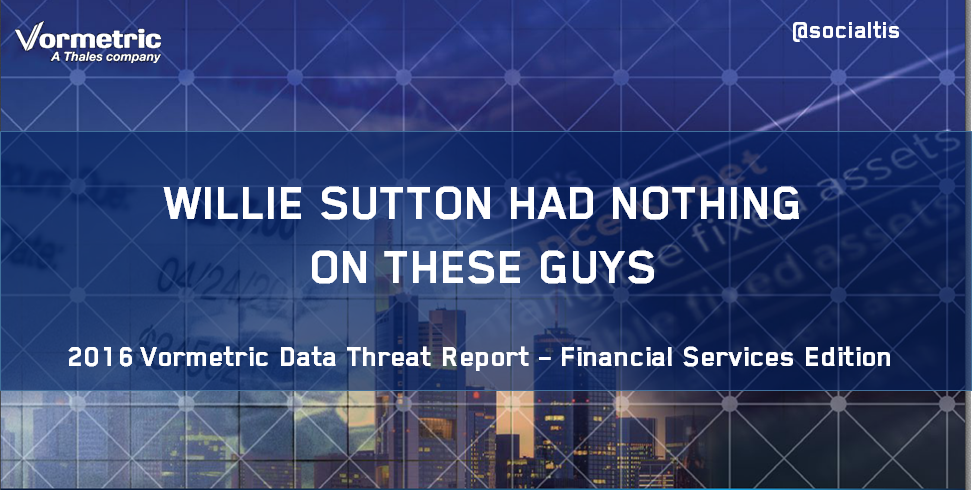 Nowadays, hardly a week goes by without news of another damaging data breach incident. According to the latest count from the Identity Theft Resource Center (ITRC) there have been a total of 269 data breaches recorded through April 19, 2016, and more than 11.27 million records have been exposed since the beginning of the year.

While it all started with the Bank of Greece it did not end there. The infamous hacker group Anonymous that launched an attack against The Bank of Greece took down the bank’s website but luckily (or perhaps not lucky and the result of a good security system) the outage only lasted for a few minutes. Anonymous notified users that The Bank of Greece was the beginning of a series of attacks that would last 30 days. Unfortunately, that’s not all folks. U.S. investigators suspect The Bangladesh central bank (where hackers stole $81 million) was partly an inside job. Agents with the Federal Bureau of Investigation have found evidence pointing to at least one bank employee acting as an accomplice. Add Anonymous’ current initiatives with hackers who are purely interested in financial gain and it makes the environment drastically more complex.

Today we released the Financial Services Edition of The Data Threat Report. On the positive side, the U.S. financial market is still spending - a lot. In fact, 70 percent of financial services respondents indicated that their overall spending levels for protecting sensitive data will either be ‘somewhat’ or ‘much’ higher in the next 12 months, by far the highest of any vertical. Key findings include:

In terms of breach activity, the financial sector results also offer a ray of optimism. While 44 percent of U.S. financial respondents indicated they have experienced a data breach in the past, this figure is notably lower than other U.S. verticals such as healthcare (63 percent), government (62 percent) and retail (52 percent). Results found that a number of financial services organizations are taking steps in the right direction.

At the end of the day, bank theft has shifted from the old school bandits of the world like Willie Sutton to real-world data exposure that cause large scale ramifications. So where do we go from here? Like most regions and verticals, financial organizations must recognize that doing more of the same won’t help us achieve an improved security posture. As an industry, we need to pay more attention to new techniques for preventing attacks as well as detecting potential threats more rapidly and narrowing the window of exposure.

While financial services organizations have the luxury of more available budget than most other verticals, they should still consider vendors with a broad range of data security options. In a more secure world there are no standups with the next hacker, but instead organizations make it so costly and time consuming to steal data, doing so becomes an almost impossible task.