Before I answer the question in the headline – What is blockchain? – let me back up and remind you why you’ve heard of blockchain.

Bitcoin calls itself “an innovative payment network and new kind of money.” It can also call itself a media darling. Bitcoin has a way of getting into headlines on a regular basis. President Trump’s Office of Management and Budget Director Mick Mulvaney is a bitcoin proponent. Members of the U.S. Congress – from both major political parties – have taken interest in bitcoin. And it can also be used for nefarious reasons, like demanding a ransom when hacking into an Austrian hotel. 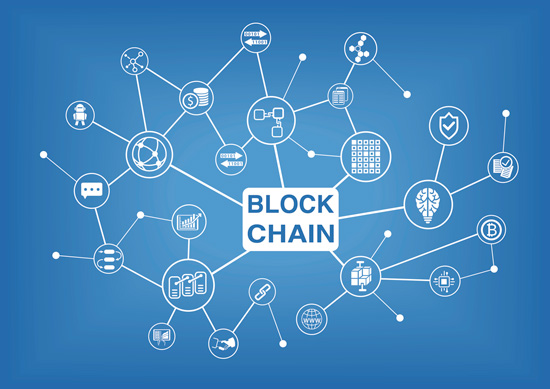 Bitcoin is a digital currency that can provide anonymity, and it uses cryptography to secure the transaction. The technology behind bitcoin? Blockchain.

So here we are. What is blockchain? Well, to start broadly, blockchain is a technology that has extraordinary potential to change many aspects of society. Bitcoin, though probably the most recognizable, is merely one application. It is piquing the interest of leaders across industries and public sectors. The aforementioned members of the U.S. Congress have formed a Blockchain Caucus, which aims to advocate “sound public policy toward blockchain-based technologies and digital currencies.”

Now let’s get more specific. Follow me as I break down the definition of blockchain.

A distributed ledger is a database that is spread across multiple sites, countries or institutions.

Blockchain is a type of distributed ledger that is made up of – you guessed it – blocks.

Blockchain is a distributed ledger made of unchangeable, digitally recorded data in packages called blocks.

And these blocks are… chained together.

Each block is chained to the next block using a cryptographic hash – or digest – that references the previous block. To understand a cryptographic hash, think of it as vacuum packing items using tamper-proof plastic. Chaining the blocks also provides a history (or audit) of what has transpired over time.

So we now have a chain of data blocks that are securely connected by encryption. These blocks can then be used in a distributed ledger – a database spread across multiple sites. In other words, it is not important to keep them together, since they are linked to each other cryptographically.

Permissions – that’s one more key component to understanding the various applications of blockchain. Blockchain can be used for two general types of ledgers: permissioned or unpermissioned.

A permissioned ledger, you can probably guess, allows only select parties (i.e. those with permission) to read or write data to the shared ledger. When a new record is added, trusted parties – governments or banks, for instance – use what’s called a limited-consensus process to check the ledger’s integrity. One advantage to a permissioned ledger is that the limited-consensus process allows for easier, more streamlined maintenance of the ledger.

Industries across our business landscape are catching on to blockchain technology. For one, it’s unhackable – due to both its use of cryptography and transaction chaining approach. In essence, blockchain enables building a highly trusted distributed database that runs on millions of computers. So it doesn’t require powerful intermediaries to authenticate it or to settle transactions.

The financial services industry – whose vitality depends on secure transactions – finds blockchain to be an attractive technology. But there isn’t a business or organization these days that doesn’t have highly sensitive information that requires a way of securely and indisputably conveying that data. Think health care organizations with electronic health records or voter data within governments.

In my estimation, blockchain is the biggest innovation in securing transactions. It can both strip a single institution of the power of authentication (i.e. security) and settlement (of a transaction, say) by utilizing a distributed database with clever code where trust is established through mass collaboration. Or it can be used by trusted parties to radically improve current processes through transaction chaining with undisputable trust, yielding highly efficient systems.

So the next time you read about bitcoin, you’ll know more. You’ll see that the more interesting part of the story is not that bitcoin has some high-profile fans – but that the technology behind it has a future far beyond a congressional caucus.