A recent report from Deloitte has revealed that only a third of British consumers would be interested in owning a driverless car.

The report indicates a preference for safety rather than self-driving features, which comes as no real surprise. As self-driving technology is increasingly pushed up the agenda for automakers, the industry as a whole must demonstrate a clear commitment to vehicle safety above all else. Consumers have every right to be concerned about the risks of hacking and the automotive industry must make this their number one priority for the next generation of connected cars to be a success.

Driverless cars actually stand a good chance to be safer than conventional human-operated vehicles. According to 2014 statistics released by the Department of Transport, driver error was the main contributory factor in 71% of accidents, resulting in more than 117,000 casualties. But just as humans are susceptible to tiredness or poor judgement, the computer systems that run autonomous vehicles are susceptible to bugs and hacking. 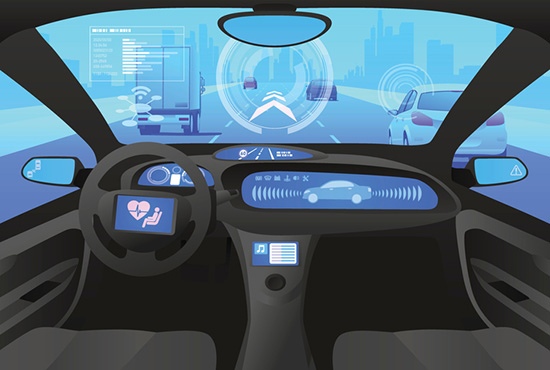 If we are to realise the promise of self-driving on a massive scale we must be aware of the threats that face the connected car system and learn how to overcome them. Protection techniques which work on office PCs unfortunately just won’t cut it for an automobile. We are taking all our experience of protecting diverse computerised cyber-physical systems to build protection from the ground up.

One major thing to consider is the impact of massive scale failures due to faulty or tampered components and software. Today you have individual drivers who get tired and distracted at different times - only a tiny bit of the system is operating in a degraded state at any given time - but if a problem occurs due to a bug in the brains of vehicles, it's very possible to see a failure of every car on the road, all at once.

Our current work on the more mainstream vehicles focusses on protecting both components and the supply chain. This ensures that when a new part is installed in a car we can be sure it’s genuine; the right version; and, is matched to the car. This will mean that it originated from somebody who is certified and trusted to build that sort of thing. Only then can it be safely deployed.