In the modern world, the bad guys can access the same digital weapons as the good guys. Encryption, and data security more generally, is an important tool in the Information Age. But just like the spades and hammers of old, it can be wielded to a range of ends, both benevolent and malicious.

Constant brouhaha about encryption being a dangerous technology – about a “dark side” to cryptography – is simply misplaced. The truth is that technology knows no morality.

Is Encryption a Force for Evil?

We’ve heard a lot about encrypted communications providing hiding places for bad guys. However more recently, encryption has once again made its way to the forefront as a strategic tool for criminals with the WannaCry ransomware attack.

For anyone who’s been living under a rock the past few weeks, on Friday, May 12, 2017, WannaCry began to spread on an unprecedented scale, affecting organizations and enterprises across the globe extremely quickly. According to Europol, 200,000 victims in 150 countries have been identified. Ransomware attacks are relatively common, but the scale and speed of the WannaCry attack are unprecedented.

But I must stress that while encryption was an element of WannaCry, it’s not how the attackers got in. Instead, one could say that encryption was the safety mechanism by which affected individuals could get their data back! If the cybercriminals just wanted to mess with people, they could have gained access in the same way, spread the same way and then deleted the data altogether.

Encryption arguably made these attacks safer for those affected, while also making the attacks more lucrative for the cybercriminals. In any case, WannaCry (and any ransomware for that matter) is already illegal. As such, it’s unlikely to have mattered to the attackers if use of encryption were restricted by law. 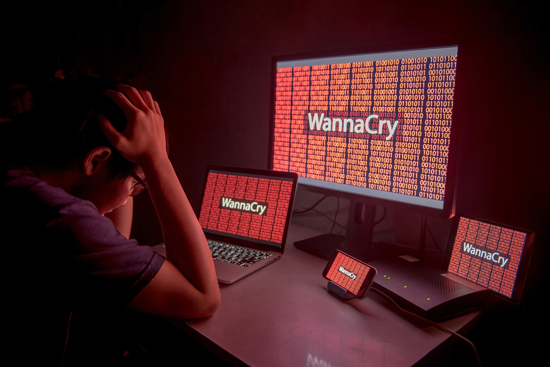 Encryption as a Force for Good

For security-minded organizations in today’s digital world, encryption is used as a crucial part of a company’s overall strategy to protect sensitive data. In fact, enterprises have accelerated adoption of encryption strategies. According to our recent 2017 Global Encryption Trends Study, 41 percent of organizations have an encryption strategy applied consistently across the enterprise. As for consumers, many privacy-aware individuals are also increasing their use of encryption in the form of secure messaging applications to encrypt texts and phone calls.

Encryption is the backbone of online security – allowing the safe transfer of passwords, credit card numbers, healthcare data, in fact almost anything of value over the internet. Without encryption, there would be no e-commerce, no online banking, no app stores (or the phones that use them), no debit cards, no internet of things and certainly no Bitcoin; the internet as we know it (think: shopping, banking, living) simply wouldn’t work.

I’ve Been Hit by Ransomware – What Now?

We’ve established that encryption isn’t the bad guy. However, that doesn’t mean that cybercriminals aren’t going to use the technology for nefarious purposes. Ransomware such as WannaCry will be a fact of life for the foreseeable future. So, what can be done to counter ransomware attacks?

Here are five important measures that organizations can put in place:

Wake Up and Smell the (Data Protection) Coffee

The WannaCry ransomware attack is a wakeup call, but not against encryption. It’s a wakeup call to consciously protect your data, as virtual cyberattacks can have very real consequences for both businesses and consumers. As our societies continue to pursue their digital transformation, system cybersecurity and data protection have become crucially important in enabling interactions between governments, businesses and citizens. Technology knows no morality, so use the technologies in your arsenal to shore up your cybersecurity defenses and get a leg up on the bad guys.

Do you have questions about ransomware and your organization’s data security posture? More to add to the conversation? If so, feel free leave a comment below, or tweet me @JonGeater.