Profile Of The Month: Alan Kessler

Editor’s note: This month we launch a new monthly series that will highlight the people of Thales eSecurity. Our first featured employee is CEO Alan Kessler.

Alan Kessler first got interested in cyber security while working at 3Com, a networking pioneer and digital electronics manufacturer. It was there that he realized the gravity of securing enterprise networks. He now leads Thales eSecurity as its CEO.

The most rewarding part of his career thus far? Helping his teams develop in ways that uniquely benefit customers. 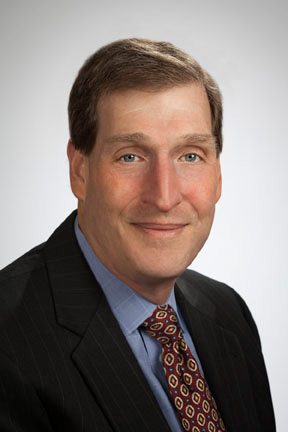 “In my experience, many who have selected a path in cyber security and data security have a strong sense of ‘doing the right thing’ to benefit society and our customers,” he says. “One often finds people who are extremely dedicated to protecting our customers and networks from the ever-present adversary. When we do, it gives us a sense of accomplishment and achievement that doesn’t come with other aspects of the IT journey.”

“Five to 10 years from now, I’ll be very much in the giving-back mode,” he says. “Giving of time, helping the companies on whose boards I sit, and finding any other ways I can give back.”

Alan received an undergraduate degree in finance and international business from San Jose State University and a master’s in business administration from the University of California, Berkeley.

Number of cups of coffee I drink per day: One big cup in the A.M. I’m famous for taking down double espressos without any impact. One time I ordered a quadruple espresso from a coffee shop in Silicon Valley. They wouldn’t serve me. They “would” if I ordered two double expressos. I asked them if I needed to sign a medical release to get a single espresso with four shots. They were adamant that they would not sell me a single espresso with four shots. So I bought two doubles and downed them in short order.

I remember interviewing a candidate for a sales role while the CEO of a startup many years ago. We met over breakfast at Il Fornaio, a popular breakfast place in Palo Alto at which you can often spot your VCs and tech folks. I recall drinking four double espressos over the breakfast. I didn’t hire the guy. Frankly, if I had offered him a job, he might have been too terrified to accept!

Passion outside of work: Family and friends. I also spend a lot of time each week burning calories on my exercise bike, which I have situated in my office, thereby allowing me to work, make phone calls and watch TV, all without missing a beat.

What cyber attack would you be and why? Well, I guess I’d say a denial-of-service attack. A DoS attack is an intense flurry of activity directed at a website or network asset until the objective is achieved. My kids, who are in their twenties now, would probably say I can be very intensely focused on goals, not easily relenting until the objective is achieved. So I guess my barrage of “coaching” to them in their youth could parallel a DoS attack in some parallel universe.