At Thales we are always eager to obtain data on how the world perceives threats to personal data, because it has the potential to inform us on how to make our everyday lives more safe and secure. Together with an independent firm, we recently conducted a survey of 1,000 consumers across the U.S. and UK and found that ownership of internet-connected cars is on the rise.

Survey data shows that ownership of connected cars in 2017 is 28% in the U.S. (increased from 24% in 2016) and 18% in the UK. However, even as these types of vehicles become more common on our streets, due to the current threat landscape and with even more sophisticated cyberattacks we’re encountering, people are still very worried about security.

To combat this, respondents believe that increased regulation is the answer. Our survey found the vast majority of U.S. residents (87%) believe the government should implement stricter data security regulations for connected cars, and in the UK, that percentage was even higher at 92. 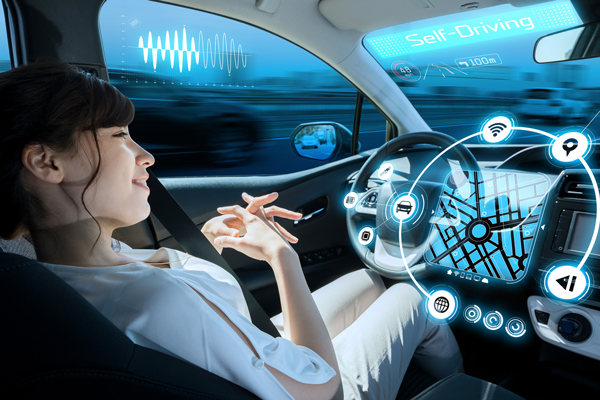 The implication is that most people feel that not enough has been done to ensure the security of vehicles’ systems. We all know that as technologies advance and become more powerful, cyber attackers gain better tools and improved skillsets as well. Increased transportation regulation is one area where people feel governments need to be very involved so as not to put citizens’ data and overall safety at risk.

Automakers also have the responsibility to proactively consider consumers’ qualms about technology in their cars instead of waiting for laws and regulations to pass. Across the U.S. and UK, 61% of survey respondents worry about failures or malfunctions of a car’s technology and 49% fear potential viruses or malware. Consumers clearly feel that car manufacturers should invest heavily in securing technology in order to create the safest experience possible for drivers. Placing this emphasis on security in these early stages of connected car evolution will undoubtedly benefit them in the long run.

Thales has been actively involved working with a variety of consortiums to ensure the safety and security of connected cars. One of these groups, UKAutomdrive, recently began connected car trials on public roads in Coventry, England. The trials are exploring the benefits of having cars that can “talk” to each other and their surroundings – with connected traffic lights, emergency vehicle warnings and emergency braking alerts among the technologies being tested.

As we evolve from internet connected cars to fully autonomous vehicles, here are some additional consumer sentiments that I found particularly interesting:

Consumers will likely continue buying connected cars as the technology becomes more pervasive and commonplace, but it’s clear they need their concerns around data protection and security alleviated before there’s mass adoption.

For more information on how Thales is working to protect connected cars, click here. To learn more about the survey results, please contact tespr@shiftcomm.com.

This survey was conducted by Wakefield Research among 1,000 nationally representative adults ages 18 and older in the U.S. and U.K., between August 31st and September 7th, 2017, using an email invitation and an online poll. Results of any sample are subject to sampling variation. The magnitude of the variation is measurable and is affected by the number of interviews and the level of the percentages expressing the results.