Whatever The Future Of Payments, You Can Trust In A Lack Of Trust

This blog was originally published on Business Reporter. To view the article, please click here.

To see where the future of payments lies, we should look to its past. The concept of payment, at its most fundamental, is simply about people agreeing to exchange goods or services. A fair trade of one thing for another.

Go back a few thousand years and the invention of money meant that food could be effectively turned into metal and stored for as long as needed, before being turned back into food again. People could survive on seasonal crops and avoid the boom-and-bust of produce gluts by selling food when they had it and buying it when they didn’t. Money provided the confidence that the trade would be fair and available (within limits) when needed. Markets could flourish. Societies could grow. 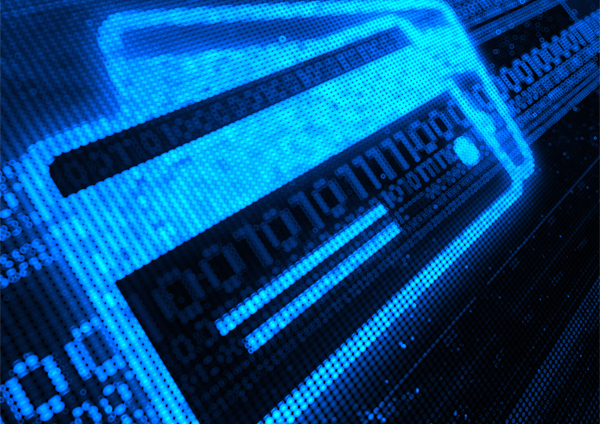 As these exchanges scaled up, and commerce evolved into something more serious, a man in the middle was required to ensure that the money made it from one side to the other. Like it or not, fair trade is essentially based on mutual mistrust - if one side can’t see what the other side is doing, or smell the food or feel the cash at the time of the transaction, then they may feel unwilling to do business.

It’s quite likely that two neighbours, who have known each other for years as friends, will lend each other money without any need for guarantees. Scale this up and spread it out, however, and you’ll have two parties who, whether or not they’re willing to, aren’t able to trust each other.

And it’s here that the middle man – or at least middle thing – is needed, in order to provide the peace of mind that will allow a mutually distrustful exchange to take place.

For many years these middle things took the form of banks or simple cash, then later credit companies and credit cards. But now we face a rapid bloom of new alternative technologies for facilitating transactions. What does the future hold?

From Microsoft Points to people in developing nations texting payments to each other via their feature phones, the last 10 years have seen a rise in innovation around online and mobile peer-to-peer payment systems. However, no matter how innovative these services are when it comes to the social relationships or the legal arrangements on which they depend, their ultimate success still comes down to trust – or rather, the lack of it.

Indeed, the disruption currently affecting the financial services industry is largely as a result of trying to provide some assurance in a system, which is, at heart, uncertain and unrequited.

The stated aim of decentralisation in Bitcoin, for example, is to remove the middle man entirely, and instead end fraud and financial disputes through transparency. Unfortunately, though, this isn’t quite the magic panacea they’d hope for.

While people do want a degree of transparency and disclosure, they don’t necessarily want a Blockchain.info arrangement showing who’s spending their money and where. In The Transparent Society author David Brin teaches us what happens when everything is laid bare. Great in theory, not so great in practice. We love it when other people are exposed but not so much when we are ourselves.

If that transparency can be provided in a more selective manner, in order to address a user’s legitimate needs around a specific transaction, then that disruption – moderated – could become the spark that starts a revolution. And that’s why we’re seeing technologies such as confidential assets and sidechains gaining traction.

For this to happen requires some form of encryption to underpin it, with strong key management and signatures to ensure integrity and non-repudiation. After all, it’s a distrustful system and we need to hold people to their word. And it’s not just about keys: the integrity of the processes and code using those keys also counts, all of which needs multiple layers of security.

As much as we want to keep our own money and goods secure, it’s for the good of the other party that they can be held to account, should their payment or product not arrive.

Payments are moving away from the traditional use of fiat money and big name credit cards to more disruptive and anarchic P2P systems such as Bitcoin. And there’s a move afoot to decentralise the way that personal finances work, diminishing the state’s capacity for interference and reducing the amount of control any one large company can have. The implementation of PSD2 next year is set to open up access to customer data and accounts to new digital-first service providers aiming to achieve fame and success by excelling in specialist niche areas, nibbling away at the big banks one profit-centre at a time.

Throughout all of this, a lot of noise is being made around the issue of trust. And this basically boils down to transparency: by being transparent, you’ve established a trust system. But it’s not as simple as just publishing everything: the details will take quite some time to work out.

We’ll be here, working hard and quietly in the background, part of the establishment, keeping a grown-up eye on things, and making sure that, in a world without trust, transactions take place without being modified, whatever the future of payments looks like.

Leave a comment below, or tweet me @jongeater. For more information about Thales eSecurity’s payment security solutions, please check out our payments page.