Gartner defines digital risk management as “the integrated management of risks associated with digital business components, such as cloud, mobile, social, big data, third-party technology providers, OT and the IoT.” And, as we’ve all seen, the failure to manage digital risks can have a negative impact on the reputation, operations and market value of affected enterprises. Some smaller companies have even gone out of business as the result of a data breach.1

The Threat Level Is Rising

According to the 2018 Thales Data Threat Report:

… Rates of successful breaches have reached an all-time high for both mid-sized and enterprise class organizations, with more than two-thirds (67%) of global organizations and nearly three fourths (71%) in the U.S. having been breached at some point in the past. Further, nearly half (46%) of U.S. respondents reported a breach just in the previous 12 months, nearly double the 24% response from last year, while over one-third (36%) of global respondents suffered a similar fate.

The report goes on to note: 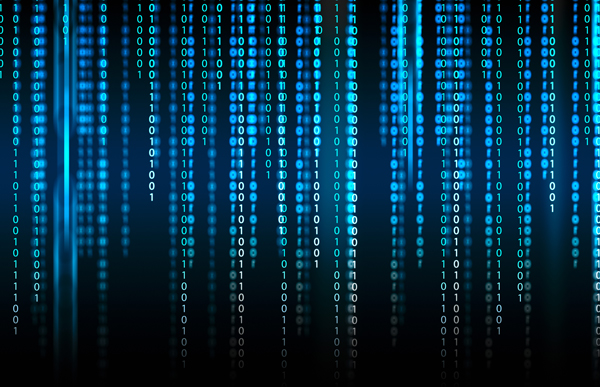 Since the report was released, “A security breach in India has left a billion people at risk of identity theft,”2 Under Armour was breached affecting 150 million user accounts, Orbitz discovered a data breach potentially affecting 880,000 customers3, and “the U.S. Justice Department indicted 9 Iranian hackers in a massive, state-sponsored cyberattack targeting universities, private companies, and government agencies. This hacking ring stole $3.4 billion worth of academic research by performing a phishing scam on university professors.”4

These are only the most notable breaches. We hear about those in which personally identifiable information (PII) is stolen, because of reporting regulations, and we hear of disruption of service attacks, because they affect so many of us, but we may not hear about:

All of these attacks can have serious consequences for your organization, and the trend is clear: Cybersecurity threats will continue to increase, and CIOs should expect these threats to affect their organizations.

While the threat level has risen, IT, operational technology (OT) and Internet of Things (IoT) have continued to converge. According to TechTarget:

The integration of automation, communications and networking in industrial environments is an integral part of the growing Internet of Things (IoT). IT/OT convergence enables more direct control and more complete monitoring, with easier analysis of data from these complex systems from anywhere in the world.5

Unfortunately, many OT systems were never designed for remote accessibility, so this convergence leaves enterprises open to industrial espionage and sabotage.6 Now, more than ever in the past, we need to authenticate devices that communicate with devices and ensure their communications channels are secure.

Meanwhile, regulations proliferate and have become increasingly rigorous. The EU’s General Data Protection Regulation (GDPR) is the most recent example. Having gone into effect May 25th, GDPR is the most progressive regulation we have yet seen with regards to protecting PII. And, while it pertains only to the data of those living in the EU, it pertains no matter where that data is held. So, while not a worldwide regulation, it comes close. In addition, it threatens organizations that do not comply with fines of up to four percent of annual turnover, or revenue. Consider the impact that fine would have on your organization.

Every data privacy regulation we’ve seen calls for a similar set of best practices. These include:

Thales has products and services that can help you with all of these tasks critical to reducing your digital risk.

Enterprises in finance, government, manufacturing and technology use the data security foundation Thales provides for digital transformation security of their organizations.