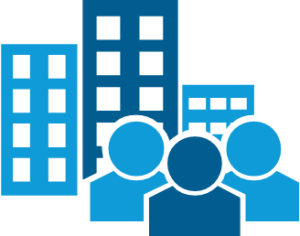 What does the term “insider threat” mean to you? It would be fair to assume Edward Snowden might be one of the first names or faces to pop into your head. Snowden was an insider, and he proved to be a threat. He also had malicious intentions.

But, you would be shortsighted in thinking that malicious insiders are the biggest risk to your data. While Edward Snowden may be considered the “insider threat” poster child, not all employees have malicious intentions. In fact, it’s likely the vast majority of your employees have completely innocuous intentions (after all, most of us like our paychecks and want to keep them coming!) Counted among those employees, however, are your “privileged users.”

Here at Vormetric, we define privileged users as high-level computer operators who often have powerful, privileged access rights. They can include – but are not limited to – root users, domain administrators and system administrators.

Simply by having access, privileged users may unwittingly put data at risk – or be used by an outside actor as a conduit for siphoning data. Unsurprisingly, privileged accounts are very attractive targets for attackers seeking to leverage access privileges for their own nefarious purposes. Therefore, it’s completely accurate to say that all privileged users - regardless of whether or not they have bad intentions – can be considered an “insider threat.”

Let’s take a look at a couple examples of high-profile data breaches and see where insider chips fell:

While there are still questions to be answered, CNN has reported hackers infiltrated the system by stealing the computer credentials of a Sony systems administrator. That’s right, a systems administrator. Although investigators have not ruled out the involvement of a malicious insider or former employee, they have not found evidence to indicate this was the case.

Sony employees now suing the company for negligence have termed the hack an “epic nightmare.” This dramatic language is being echoed by Gartner cybersecurity analyst Avivah Litan, who believes the breach may very well be “the costliest ever for a U.S. company” and one that “went to the heart and core of Sony’s business.”

The attack also stirred unwanted memories for South Carolinians, which brings me to the next “insider” breach.

The South Carolina Department of Revenue

In October 2012, more than 3.3 million unencrypted bank accounts and 3.8 million tax returns were stolen in an attack against the South Carolina Department of Revenue. The attack started when a state employee responded to a phishing attack that enabled cyber criminals to use the employee’s (a privileged user) credentials, access the state’s databases, and steal sensitive data. While almost all of the credit and debit card numbers were encrypted, the social security numbers were not – leaving South Carolina citizens vulnerable to identity theft scams.

Where Do We Go From Here?

The breadth and depth of private and public sector breaches in the past few years further indicates there is a major disconnect when it comes to organization’s handling of data security – and how they treat insiders. Breach after breach we’ve seen insiders, or someone who has obtained insider privileges, wreak havoc.

Organizations that don’t properly control privileged user or system administrator access are setting themselves up for infiltration by malicious insiders or crafty outsiders looking to take advantage of the wealth of data at their disposal. Our 2013 Insider Threat data report found that only 27% of US organizations blocked privilege user access to sensitive data, whereas our 2014 European version of the report saw that number basically double. There is increased focus on the insider and their behavior within the organization, yet there is far too little emphasis on the data an insider can access with their privileged account access.

Here’s a hypothetical: an interviewee comes in with the desired experience and background a company is looking for, but they’re secretly hell-bent on eventually pulling a Snowden. Do you think it will be easy to identify them as a malicious insider during the vetting and hiring process? Smart agents aren’t going to give something away that would arouse suspicion; it’s pretty unlikely they will walk in brandishing, say, the North Korean flag or talking about their love of a Chinese competitor.

At the end of the day, once a malicious insider is in, he or she is in. What matters is the type of data said insider has access to.

This mantra also applies to non-malicious insiders. Like privileged user Susan up on the 9th floor. Susan, a systems administrator, is as loyal as they come. She feels passionate about her company, its ethos and her work. She’s smart, hardworking and would never intend to do something that would put company data in jeopardy.

While we can sing Susan’s praises all day long, it’s not her attitude that matters. It’s her access. It’s that she has the keys to her company’s kingdom, and if her company don’t have the proper precautions in place, there’s only so much she can do to hold onto them.

Compliance as a Crutch

“But, my company is up-to-date on compliance standards!” you say. Well, congratulations. You get to dodge government fines for at least another year. And by the way, so was Target.

If you really think being compliant means your data is safe, well, I have a bridge to sell you in China.

Since I’m on the subject of bridges, I’ll try to put this in terms that are easily understandable. Think of compliance as a bridge. It’s the bridge that allows your company to cross the water and enter into the castle. But, what’s protecting invaders from also crossing that bridge? That’s right, you need guards, and a moat, cannons, and maybe some dragons if you’re into that sort of thing.

My point is that compliance is not enough. It remains and will likely always remain a baseline standard for protecting information. But it should never be confused with security.

Oh, This Again: Encrypt Everything

If I sound like a broken record, it’s because this isn’t my first time at the rodeo. How many more of these breaches are we going to tolerate before we start to make changes to how we handle our data?

Back in October, I wrote a post about the strategy of “encrypting everything.” While I certainly won’t recap all of it, my opinion about the below adages remain the same:

Bottom line? With proper data controls, you can have your cake (sufficient use of privileged accounts) and eat it too (simultaneous protection of the data).

To close out, earlier I noted our 2013 Insider Threat report found that U.S. businesses were sorely lacking when it came to privileged user access restrictions. We’re excited to report we’ll soon be able to tell you if that statistic has changed in the past two years. But in the meantime, you’ll have to wait to just a little bit longer…