Brexit: In This Climate Of Uncertainty, Cybercrime Remains Constant 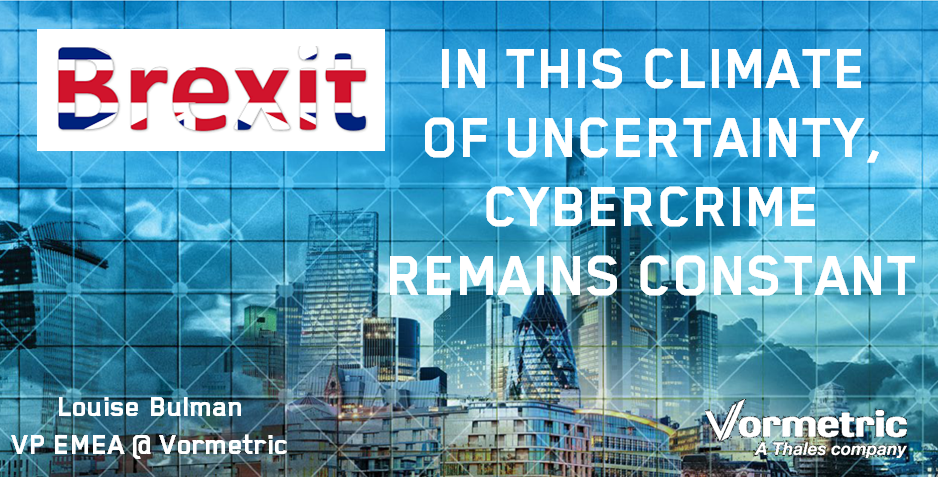 In the wake of the UK’s recent decision to opt out of the EU, many UK businesses are facing a period of uncertainty. With the decrease in the value of the pound and fears over a widening IT skills gap, it is understandable that cyber security might be low down on the agendas of some UK companies. The truth of the matter is, though, that cybercrime is not going anywhere. Indeed, some experts are predicting that it will, in fact, get worse in the Brexit aftermath.

Those hoping the decision will provide an easy option out of having to follow the strict guidelines that will be brought about by the GDPR will be sorely disappointed. For starters, it is expected to take at least two years before the UK officially leaves the EU, so in that time all EU regulations in place will apply to the UK as usual. Moving forward, the Information Commissioner's Office (ICO) has stated that while the GDPR may not directly apply to the UK, so long as companies continue to deal with the data of EU citizens, all data protection measures taken must be of an equal standard to those operating in the EU under the GDPR. Longer term, it is also possible that the UK could find itself in the same position as the US is now with the newly drafted Privacy Shield agreement (Shield v 2.0), which allows usage of EU citizen data by US based multinationals. It would not be surprising if the UK too, would require a new specific agreement that guarantees the same standards are met in the UK as in the EU.

While compliance should be an important factor in the operations of any business - alone, it’s not always enough.  It is important to remember that in today’s climate of cybercrime, where it is considered almost a certainty that an organisation, at some point, will fall victim to a cyber attack, there is no shortage of examples of the damage that lax security can do. Now, more than ever, organisations need to remain extra vigilant to ensure that when data does fall into the wrong hands, it is protected, thus avoiding untold financial and reputational damage. Although the perceived complexity of adopting adequate security solutions may be off putting for some, with new technology like Live Data Transformation, this needn’t be the case. Data can now be encrypted in place, with zero downtime, transparently and ‘behind-the-scenes’.

By adopting an ‘encrypt everything’ strategy with complementary access controls in place, a weight can be lifted, and businesses can rest assured that, in these times of uncertainty, at least their data is protected, no matter where it resides.

Brexit: In This Climate Of Uncertainty, Cybercrime Remains Constant