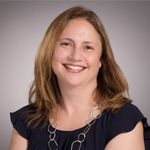 Sharon Ginga | Director of Product Marketing More About This Author >

Security of CNI is a national security issue

The energy sector is part of the critical national infrastructure (CNI), and delivers services that are essential for modern life. According to the EU NIS Directive, these entities are Operators of Essential Services (OES) and their reliability and ability to meet consumers’ demands at all times is of national interest. The reliability of their services can be impaired by cyberattacks on the IT and operational technology (OT) systems that support their operations. Cyberattacks could result in widespread loss of services causing large-scale blackouts, disruptions in business operations and even deaths.

Energy services companies are a lucrative target for adversaries. According to a Siemens/Ponemon report, in 2019, 56% of gas, wind, water and solar utilities around the world experienced at least one cyberattack that caused a shutdown or loss of operational data. Other incidents include:

Additionally, the vulnerabilities of the energy sector are of particular concern to national security due to its enabling function across all CNI systems.

Modernization efforts have increasingly bridged the gap between physical, OT and IT systems used to operate the grid. Previously, OT was largely isolated from IT. But this separation has narrowed as the industry incorporates new grid management systems, and utilities install millions of smart meters and other internet-enabled devices. While these advanced technologies offer significant improvements and real-time system awareness, they also increase the attack surface that malicious actors can target to gain access and compromise larger systems.

Further, certain aspects of the CNI sector require particular attention. Some systems need to react so fast that standard security measures such as authentication of a command or verification of a digital signature can simply not be introduced due to the delay these measures impose. In addition, electricity grids and gas pipelines are strongly interconnected across many countries. An outage in one country might trigger cascading blackouts or shortages of supply in other countries.

In addition to the above considerations, the European Parliament has identified trends that highlight the importance for strong cyber-physical security measures and policies in the energy sector, including:

What the energy sector seeks

To address this expanding threat landscape, energy providers are seeking to establish policies and deploy security solutions that will provide an in-depth defense approach:

How to shield the energy sector

There is a common misconception that a robust firewall is enough to prevent unauthorized access to corporate networks. Unfortunately, this is not the case. While the firewall can detect and eliminate a variety of penetration or denial of service attacks, it is no match against a physical tap either inside or outside the firewall.

The only fail-safe solution to ensure that your data is secure as it travels across the network is encryption. Furthermore, your encryption solution should be de-coupled from any specific network architecture, and accredited against recognized worldwide security standards. For encryption to be most effective, it needs to deliver against four criteria: speed, scalability, manageability and affordability.

Thales is enabling OES to remove complexity towards ensuring compliance at scale, across hybrid IT and multi-cloud infrastructures in the following ways: