Why is Apple Talking About Subscription Licensing? 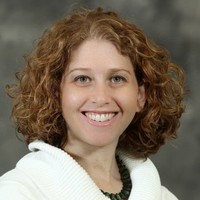 It’s not every day that software licensing makes the evening news. But last week, Apple hosted a major event where they rolled out a new iPhone—and a bunch of new subscription services, from streaming television to games.

Apple’s services business is growing—fast. It’s on track to double from 2016 to 2020 and investors believe Apple could see $50 billion in annual services revenue as soon as a year from now.

Perhaps the most interesting thing in all of this is that Apple has dropped the price of its signature hardware—the iPhone, from $1,000+ to $700 for the entry-level model. That’s a 30% drop in hardware pricing, while investing heavily in software and services.

Apple’s move might lead you to wonder what all of this has to do with you? How can your company get into the subscription, recurring revenue wave that seems to be taking over, especially if you are, or have been, a hardware-centric business? There are some lessons to be learned from Apple’s move from hardware to software that might be more relevant to you than you thought.

Here are our top takeaways:

Apple’s iPhones have been a gold standard for years now, boasting some of the best technology, with sky-high prices to match. And yet, sales have started to drop off as the market has become saturated.  They’ve had to find another option, as in today’s world, hardware isn’t enough. Apple launched their Upgrade Program and moved customers from a single purchase to monthly purchases, essentially transitioning them from being owners to renters of devices.

Even Apple’s most loyal customers wouldn’t buy a new iPhone multiple times a year, when new models are only released once a year. That put a severe limit on the company’s ability to upsell and cross-sell to even their most loyal fans. Especially as prices crept up over $1,000 per device, customers held onto their devices for longer.

By offering a subscription model for their hardware and rolling out additional services options, Apple ensured secure monthly revenue for the company. At the same time, they are providing customers an improved experience through both their expanded services, and equipment that is constantly upgraded with minimal expense and inconvenience.
They’re called Apple, but it looks a lot like turning lemons into lemonade, from where we’re sitting.

Even Apple, one of the biggest and most successful companies in the world, has done it slowly, starting with Apple Music and iCloud storage, moving into Apple News, and now to Apple TV+, Apple Arcade, and more.

While analysts are noting the services could cost customers upwards of $100/month when all is said and done, Apple isn’t making sudden moves to even offer a bundled service. If they’re moving slowly, you probably should, too.

Transitions are hard, regardless of the industry you’re in. As the world moves towards “as a service” models, more and more companies are being forced to keep up or risk being left behind like the taxi drivers wondering how Uber outwitted them.

If you’re trying to figure out how to navigate your own transition, the Sentinel team is here to help. Contact us today to learn how our solutions can help you transition to services licensing, resulting in higher revenue, lower costs, and happier customers.

How To Reinforce Your Existing Software Solution with Licensing and Entitlements

How to Master SaaS Customer Retention and Achieve Sustainable Growth

Licenses vs. Entitlements: Know your rights