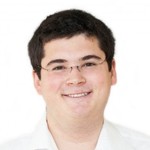 As companies increasingly adopt Everything-as-a-Service (XaaS) models and the Internet of Things continues to expand, both software and hardware vendors find themselves depending more and more on software licensing solutions to increase revenue and capture new business opportunities. As budgets shrink while quotas rise, and companies struggle to do more with less, software licensing offers options for how to succeed.

This is true for almost all major industries, but there are some sectors that are being impacted by this trend more than others. According to a recent report by Frost & Sullivan, the industrial automation, healthcare, telecommunications, and automotive sectors are currently the largest embedded segments in the software licensing and monetization market.

In this post, we’ll take a look at the effects software licensing is having on each of these industries and how they are benefiting from it.

It should come as no surprise that software licensing has been having the largest impact on the industrial automation sector. This industry has enjoyed enormous progress in recent years, thanks to rapid developments in digital technology. In fact, the current increase in industrial automation that we are in the midst of, has been coined by experts as a “fourth industrial revolution,” and is being likened to the early days of internet capabilities.

With this unprecedented level of connectivity and overlap between traditional hardware and software products, licensing terms and business models have never been more important.

As companies continue to automate every aspect of their software supply chain, the proper software licensing management solutions become even more crucial. But along with the efficiencies brought on by automation, there can be some complications when it comes to enforcing licensing terms, if not managed by a commercial licensing solution.

A famous court case in the UK a few years ago illustrates this well: a beverage company named Diageo purchased software from SAP. The software was licensed and purchased on a named-user basis. Diageo wanted to allow customers to perform certain actions via their website instead of needing to call their call center, so they integrated their SAP software with other software. SAP eventually found out and sued Diageo with the claim that Diageo did not have the required licenses for this. The case was eventually taken all the way to the UK High Court, which ruled in favor of SAP.

The introduction of modern software and information technology into the healthcare system has been nothing short of revolutionary. In a world where medical charts and patient histories were written on physical pieces of paper, it was so easy for vital information to get lost. Doctors and nurses wasted hours filling out and filing forms.

As the industry has gone digital, patients and medical staff alike have reaped the benefits of seamlessly integrated information systems.

Just like with industrial automation, however, the more complicated the system is, the harder it may be to keep track of licensing. Healthcare companies are using licensing solutions to simplify their licensing management and increase their revenue.

The advantages of flexible subscription packages are very easy to see in the telecommunications market. Phone and internet plans often offer multiple levels of service, usually as different “plans” or “packages.” The more variety in the types of service they can offer, the more flexibility the company has in accommodating the fluctuating needs of their customers, for feature-based, usage-based, or other license models.

Unfortunately, the licensing policies from big vendors can make it difficult for small service providers to make use of that software. The right software licensing can significantly increase the accessibility of the big vendors’ services, and as a result, their revenue.

It goes without saying that the two biggest innovations in the car industry in recent years have been the electric car and the self-driving car. Both of these innovations rely heavily on software.

The fact is, computers have been literally steering the car industry for quite some time. Even before self-driving cars became a plausible reality, car companies have been using computers to make their cars safer and easier to drive. Features such as active steering and electronic stability control rely on complex software that detects driving issues and corrects them in real time.

As Klaus Schwab, Founder and Executive Chairman of the World Economic Forum, notes in his book “The Fourth Industrial Revolution”, “a car is now a computer on wheels, with electronics representing roughly 40% of the cost of a car.” Schwab notes the trend of major tech companies such as Apple and Google entering the automotive market “shows that a tech company can now transform into a car company.”

Of course, the opposite is true as well.

Software Licensing Is Crucial Across All Industries

The Frost & Sullivan report asserts that regardless of sector, companies that are pivoting to a software mindset, and offering usage-based pricing options are growing the fastest. The report recognizes software licensing as a key factor in this shift, and names Thales – now a Thales company – as the market leader in the field.

As companies continue to grow and evolve, across many industries and markets, the need to optimize software licensing has become business critical.

To learn more about the state of the global software licensing and monetization market, download the Frost & Sullivan report.

How To Reinforce Your Existing Software Solution with Licensing and Entitlements

How to Master SaaS Customer Retention and Achieve Sustainable Growth

Licenses vs. Entitlements: Know your rights