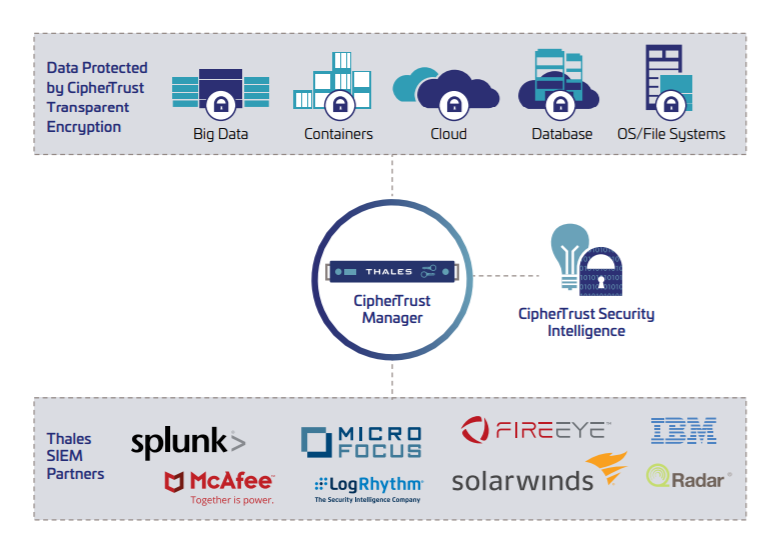 Leverage immediate alerts that fuel the fastest, most efficient response when issues arise.

Produces an auditable trail of permitted and denied access attempts from users and processes.

Uncover anomalous process and user access patterns that could point to an APT attack or malicious insider activities.

CipherTrust Security Intelligence logs produce an auditable trail of permitted and denied access attempts from users and processes. The solution’s detailed logs can be reviewed to specify when users and processes accessed data, under which policies and if access requests were allowed or denied.

To adhere to many compliance mandates and regulations, organisations must prove that data security is in place and meets required standards. CipherTrust Security Intelligence integration to SIEM systems can be used to easily demonstrate to an auditor that encryption, key management and access policies are effective and appropriate. With its detailed visibility and integration capabilities, CipherTrust Security Intelligence helps streamline the effort associated with audits and ongoing compliance reporting.