Network security encompasses the security tools, policies, and techniques used to monitor, prevent, and respond to unauthorized network access. Having such a broad definition and, therefore, challenging approach, it is important that businesses know what key areas to focus on and what enterprise tech solutions they should look to ensure appropriate, airtight protection.

Forming part of an exclusive three-part cybersecurity podcast series featuring Thales and host Dr. Eric Cole, Founder and CEO of Secure Anchor Consulting, this episode looks at data in motion and future-proofing from a quantum perspective. Dr. Eric speaks with Julian Fay, CTO at Senetas, a global partner of Thales. The pair explore the primary concerns of network security within the realm of data in motion with the help of key findings from our latest global survey on the encryption of public/private networks.

You can also learn more about this topic in our new white paper, Security Weaknesses in Data in Motion Identified in Cybersecurity Survey. 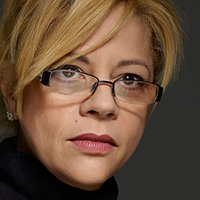 She is the 1st Advisory Committee member for PCI-Pal, a global leader in secure payments & chairs the Advisory Board for mobile innovator Ensygnia. She is proud to be an Ambassador for the Emerging Payments Association and a friend of the Global Cyber Alliance. You'll find her on the Refinitiv list of Top 100 Influencers in Financial Services, the Planet Compliance Top 50 RegTech Influencers, the SC Magazine list of the UK's 50 Most Influential Women in Cyber-Security 2019, the Cybersecurity Ventures Women Know Cyber 2019 (100 Fascinating Women Fighting Cybercrime), the Jax Finance Top 20 Social Influencers in Fintech 2017, the City AM Powerful Women in the City List, the Richtopia Top 100 Most Influential People in Fintech. Tripwire nominated her "Top Influencer in Security To Follow on Twitter" in January 2015, CEOWorld Magazine nominated her Top Chief Security Officer to Follow on Twitter in April 2014, she is the Merchant Payments Ecosystem Acquiring Personality of the Year 2013, the SC Magazine Information Security Person of the Year 2012 and is an InfoSecurity Europe Hall of Fame alumni. She was voted to the Top 10 Most Influential People in Information Security by SC Magazine & ISC2 in 2010 & has served on the PCI SSC Board of Advisors for 4 years. She is a British Computer Society Fellow.

She loves technology and cars... 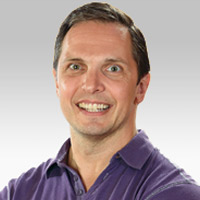 Dr. Eric Cole is an industry-recognized expert with over 20 years of hands-on experience, founder and an executive leader at Secure Anchor Consulting where he provides leading-edge cybersecurity consulting services, expert witness work, and R&D initiatives to advance our field.

Dr. Cole has experience in information technology with a focus on helping customers focus on the right areas of security by building out a dynamic defense. Dr. Cole has a master's degree in computer science from NYIT and a doctorate from Pace University with a concentration in information security. He served as CTO of McAfee and Chief Scientist for Lockheed Martin. Dr. Cole is the author of several books, including Advanced Persistent Threat, Hackers Beware, Hiding in Plain Sight, Network Security Bible 2nd Edition, and Insider Threat. 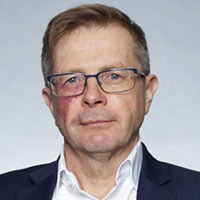 Julian is the Chief Technology Officer at Senetas Corporation where he heads strategic product development. Julian has been working in the IT industry for 25 years with more than 15 of those in information security. Julian was formerly engineering manager at Secure Network Solutions before leaving to co-found the Senetas encryption business (formerly known as CTAM). He works with corporate and government clients around the world tailoring security solutions for a diverse range of network architectures and environments. Julian holds a BSc (Hons) Electronic Engineering and is a Certified Information Systems Security Professional (CISSP). 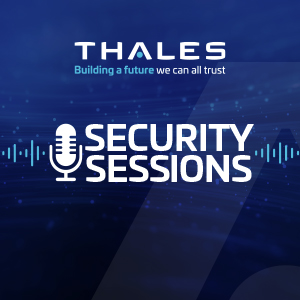 For the latest on cloud & data security

This podcast series explores the technologies, people, and processes behind information security. We’ll delve into topics like data security, remote access and digital transformation, as well as the people and technology that make it all work behind the scenes. We’ll speak to Thales and industry experts to bring you fresh perspectives on how to navigate the world of cloud security.

We invite you to subscribe to Security Sessions, a podcast bringing you insights from industry experts on the latest cloud & data security news and trends.

Episode 1: Real Threats for Real People – What has the pandemic taught us?

Are businesses being forced into digital transformation too quickly and therefore cutting corners? How to businesses adapt to the changing threat vectors as more valuable data gets pushed further out into the infrastructure due to remote working? These are some of the questions we are exploring with guests Rick Robinson and Todd Moore.

Episode 2: More digital, more risk: where is the trust?

More digital, means more ecommerce, more digital payments, more financial fraud and cybercrime and ultimately more risk. Many organisations within the payment sector are being pushed into digitisation more quickly as they move to operate online to keep cash flow – without doing necessary due diligence on the best solution or vendor and with security not really on their agenda. These are some of the issues we are exploring with guests Arthur van der Merwe and Simon Keates.

Episode 3: Do you know who I am? The digital identity challenge

More digital also means more interactions where the various parties are interacting without knowing each other. This is linked to the much needed focus on digital identity, IAM, CIAM, authentication, behavioural analytics. Has the pandemic forced people’s perception of digital identity to change as they have been forced to accept the digital transformation in their own lives? Our host Neira Jones discussed this topic with guests Sundaram Lakshmanan and Francois Lasnier.

In this episode we are looking ahead at what we can expect in 2021 and reviewing how 2020’s remote working, separation from family and teams have changed us. Have a listen to some of the interesting insights from Neira’s guests, Troels Oerting, Chairman of the Board of the World Economic Forum’s Centre for Cybersecurity (C4C) and Ashvin Kamaraju, CTO and Vice President Engineering at Thales Cloud Protection & Licensing.

Learn More About Cybersecurity in 2021

Episode 5: The Challenges of Digital Transformation

Many businesses have been forced to accelerate their digital transformation strategies due to the pandemic and doing it successfully has become a major challenge. What do organisations do to transform their infrastructure to where it needs to be from a technology standpoint? The new threats are here to stay – so what is the best DX practice from a technology point of view? How do you focus on the technology process and preservation of your infrastructure?

Learn more about The Challenges of Digital Transformation

Are the current rules and regulations for securing information and maintaining privacy fit for purpose when you think about the future? Do you think work and lifestyle changes brought about by Covid-19 will have a regulatory impact that we need to plan for? Neira discusses these questions with Enza Iannopollo, Senior Analyst at Forrester and Thales’ own Mukesh Chandak, Business Development Director.

Episode 7: More digital, more cloud: To trust or not to trust

More digital will mean more cloud. Now in the second year, the Covid-19 coronavirus pandemic has prompted an acceleration in the adoption of cloud technologies by IT leaders worldwide, which looks set to continue for the foreseeable future. Previously organizations have primarily looked at new application development and deployment for cloud, taking a ‘cloud first’ approach. However many have now pivoted towards a ‘cloud now’ approach. In this two-part episode Neira talks to Chris Harris, EMEA Technical Director at Thales and Vaughn Stewart, VP of Technology Alliance Partners, Pure Storage.

Passwordless and FIDO authentication is one of the hottest topics on the radar of identity and access management professionals. While passwordless authentication offers convenience for end users, not all methods offer the same level of protection. In this special bonus edition podcast, Garrett Bekker, principal cybersecurity analyst at from 451 Research and Asaf Lerner, Director of Product Management at Thales discuss the merits and various angles of moving to passwordless.

Learn More about The Shift to Passwordless Authentication

The shift to remote work and the acceleration of the shift to cloud-based infrastructure have profoundly impacted security teams. With the security risks and threats that these changes pose, most organizations have some work to do to improve their security posture, according to the new 2021 Thales Data Threat Report. In this episode, Neira Jones is joined by Todd Moore, VP Encryption Products at Thales, to talk through the key findings of the report. They’ll take a look back at the key trends seen in 2020 and the impacts of the pandemic that have carried over into 2021.

Organizations have only just begun discovering and benefiting from the opportunities provided by the Internet of Things. The ability to capture and analyze data from distributed connected devices offers the potential to optimize processes, create new revenue streams, and improve customer service. However, the IoT also exposes organizations to new security vulnerabilities introduced by increased network connectivity and devices that are not secured by design. And advanced attackers have demonstrated the ability to pivot to other systems by leveraging vulnerabilities in IoT devices. For this episode, host Neira Jones is joined by Ellen Boehm, VP, IoT Strategy and Operations at Keyfactor, and Paul Hampton, Senior Product Manager at Thales.

The threat and arrival of quantum computers is ever-present with physics breakthroughs, more Qubits, quantum “supremacy”, and cloud service providers designing quantum computers, but what does it really mean to data protection? Is it really the end of encryption as we know it? In Episode 11 of the Thales Security Sessions, host Neira Jones is joined by Mike Brown, CTO at Isara, and Michael Gardiner, Solution Architect at Thales, to discuss the ways in which quantum computing will change the technology landscape, and how organizations can deal with the potential security threats that quantum brings.

Network security encompasses the security tools, policies, and techniques used to monitor, prevent, and respond to unauthorized network access. Having such a broad definition and, therefore, challenging approach, it is important that businesses know what key areas to focus on and what enterprise tech solutions they should look to ensure appropriate, airtight protection. Dr. Eric Cole, Founder and CEO of Secure Anchor Consulting, speaks with Julian Fay, CTO at Senetas, a global partner of Thales. The pair explore the primary concerns of network security within the realm of data in motion with the help of key findings from our latest global survey on the encryption of public/private networks.

Shared security, also known as shared responsibility, is a cloud security management model that describes the distribution of enterprise data security management and accountability between a company and its cloud service provider(s). The framework essentially enables improved productivity and unparalleled agility, so why isn't every organization adopting it? Dr. Eric continues with Chris Martin at Thales, delving into the main areas of organizational risk concerning cloud migration and vendor native decisions before shedding light on the limitations of a single service provider. The guests then discuss the shared security model - its benefits and the implementation process. Final thoughts centre on what organizations need to understand about control over all users and effectively build a best practice shared security strategy.

Bitcoin and other cryptocurrencies have exploded in value—making them an ever-more attractive target for scammers and hackers. So is cryptocurrency secure? How can businesses and individuals make sure they protect their digital investments? And what are the key security measures that should be implemented to secure the cryptocurrency backend? In this episode, we’ll be exploring the current cryptocurrency landscape, and how we can make a trusted world for crypto payments. Joining our regular host Neira Jones for this episode, we have Nitin Gaur, Director, IBM Financial Sciences and Digital Assets and Krishna Ksheerabdhi, VP Product Marketing, Thales.